Barbecue like by the sea: Try preparing seared squid or octopus salad

Do you always look at the offer of squid, squid, calamari and other strange “sea creatures” in the refrigerated and freezer shelves of the shops, thinking that you would like to finally prepare something? And are you hindered by not knowing how to process them? Get started with us!

Do you know them apart?

There are several species of marine animals with tentacles and it is difficult to know which ones to look for. Anything sold under names like octopus, squid, squid or cuttlefish belongs to the cephalopod class. However, what we call squid are actually squid, but they are already gastronomically prepared. Squid is what we find in our shops, while squid and cuttlefish can be found in specialised gastronomic chains or fish and seafood shops.

Squid is the most common squid you’ll see in the shops, as there are many varieties. They usually grow to around 60 cm in size, but some species can be over a metre long (e.g. the Peruvian squid). Squid have a slender torpedo-shaped body with a diamond-shaped fin and tentacles on the other side. Their skin can be ochre, brown or reddish. Squid meat is soft, tender, white and slightly sweet. They are most commonly found in the form of fried calamari. These are squid cut into rings and coated in batter. The body without tentacles is often stuffed and then baked. Smaller squid tend to be softer and are therefore most suitable for grilling. In Japan, small squid are also eaten raw, e.g. in sushi.

Larger pieces must be cut and kneaded before preparation. Sometimes only squid tentacles are sold, which can be mistaken for squid. The meat is also used in salads or various fish mixes. If you get whole squid, you have to cut them up. First, remove the head and guts from the body and cut off the tentacles. Also cut off the beak located in the middle of the tentacles. Skin the body of the squid and remove the transparent cartilage from the inside. Cut the fins from the skin, but do not discard them or the tentacles. First dry the squid thoroughly and rub it with oil. It is necessary to roast them briefly on the highest heat so that they do not harden. A squeeze of lemon is all that is needed for perfection. Grilled squid seasoned only with olive oil and lemon juice is one of the best summer dishes that will transport you to the atmosphere of a nice restaurant on the seashore even at home.

Octopuses are one of the largest of these seafood, their large tentacles with suckers can measure up to 1 metre. They are not to be confused with squid or cuttlefish. They have a shorter oval-shaped body and long extendable tentacles, of which there are eight in total. The meat has a distinctive taste and smell and is tougher, so it is necessary to pound them with a meat mallet before preparation. In some countries, the flesh of octopuses is softened by beating it against a stone. However, even in the case of octopuses, the smaller they are, the softer their meat is. Such octopuses can also be eaten raw in sushi or pickled and then made into a salad. Octopuses are usually sold frozen or frozen and also pre-cooked, rarely you can get fresh ones. They can be steamed, baked or boiled.

The cooking time takes approximately 1-1.5 hours depending on the size of the octopus, but do not overcook, otherwise the octopus will be too hard. Also, don’t immediately put the whole octopus into the boiling water, first dip only the tentacles into it three times until they curl up, then the head. Pre-cooking is also recommended if you want to grill the octopus. You will get a better flavour if you cook it slowly in the vegetable stock for about 90 minutes. When you prick it with a fork, the meat should be beautifully tender. Then cut the octopus and cut off the tentacles, use the head as well. Brush the octopus with a little oil and grill. Finally, drizzle with olive oil seasoned with garlic. Drizzle with a little lemon juice, add the sliced olives and sprinkle with chopped green parsley. How simple yet delicious.

White cuttlefish look a bit like squid, with an oval shape, pointed on one side and tipped with tentacles on the other. Compared to squid, they have a rounder body and are smaller, reaching a maximum size of 50 cm. Their flesh is slightly sweetish and more tender than that of the squid. The smaller the cuttlefish, the more tender its flesh. Larger cuttlefish need to be battered. Cuttlefish can be grilled, fried (quickly at a high temperature to prevent them from hardening). Alternatively, they can also be stewed or baked with stuffing. Cuttlefish can usually be found in shops without the bone. The cuttlefish is often used for its ink dye, which it releases when it is in danger. It is also used as a colouring agent in food, and sometimes as a thickener in sauces or soups. It is most often used to dye pasta by stealth. According to Mdpi.com, cuttlefish ink is believed to have many health benefits, anti-inflammatory and antioxidant properties. It adds a light fishy flavour and a glossy black colour to food. The dye is sold in small sachets in specialist fish shops. For example, you can use it in a classic Italian seafood risotto, where you can also use sliced and fried squid. 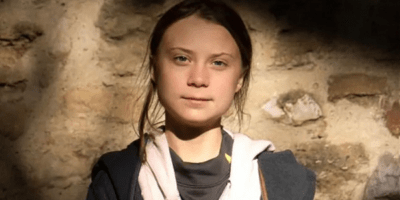 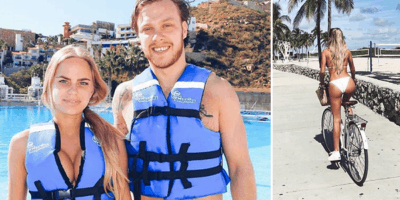